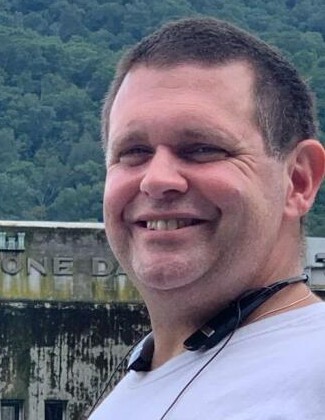 William Pete Wheeler Jr., 46, of Hilldale gained his wings in his heavenly home Thursday, February 4, 2021 at his home following a sudden illness.

Born February 23, 1974 at Hinton he was a son of Regina Meadows Wheeler Davis and C.W. Davis of Trenton, NC and the late Pete Wheeler.

William was a 1994 graduate of Jones Senior High School in Trenton, NC and went on to Lenoir Community College majoring in Criminal Justice. He attended Freedom Baptist Church. William was a former employee of Belk and Step Up Ministries in NC. He was also a former NC State Highway Patrol Trooper with 16 years of service where he was instructor of various academies. William was a member of the Masonic Lodge. He enjoyed hunting, fishing, listening to music, taking care of others and joking and picking on everyone he loved.

Funeral services will be 1:00 P.M. Friday, February 12, 2021 at the Ronald Meadows Funeral Parlors with Pastor John Offenberger officiating. Burial will follow in the Meadows Family Cemetery. Friends may call from 12:00 P.M. until time of services on Friday at the funeral parlors. Family and friends will serve as pallbearers. For the safety of the family and the community precautionary guidelines will be followed.

In lieu of flowers, donations may be made to help cover funeral expenses.

To send flowers to the family in memory of William Wheeler Jr., please visit our flower store.