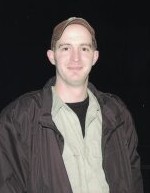 Born March 21, 1983 at Hinton he was a son of Connie Sears Clayton of Pipestem and the late Dennis Clayton.

Scottie was a 2001 Summers County High School graduate. He was a pipeline worker in northern WV for Frontier Environmental Services. Scottie was a former service technician for Ramey Automotive Group in Princeton and a former employee of Pipestem State Park, where he served as a lifeguard, maintenance worker and security officer. He enjoyed shooting pool, online gaming, working on cars, hanging out with friends, playing golf and especially spoiling his nephew, Aedan.

A gathering of family and friends will be 2:00 – 4:00 P.M. Sunday, April 18, 2021 at the Ronald Meadows Funeral Parlors Chapel. Following the visitation his body will be cremated.

To send flowers to the family in memory of William Clayton, please visit our flower store.