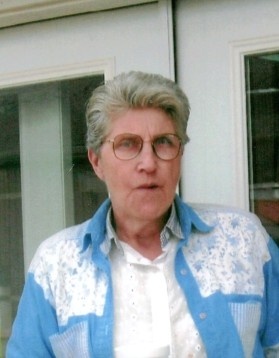 Venora “Ruth” Smith, 72, of Hinton went home to be with the Lord Tuesday, August 25, 2020 at Bower’s Hospice House following a long illness.

Born September 28, 1947 at Hinton she was a daughter of the late Hobert J. and Dorothy Ernestine Moss Crook.

Ruth was a homemaker and a lifelong resident of Summers County. She enjoyed working puzzles, gardening, crocheting, watching westerns and spending time with family and friends.

Funeral services will be 1:00 P.M. Sunday, August 30, 2020 at the Ronald Meadows Funeral Parlors Chapel with Pastor Robbie Merritt officiating. Burial will follow in the Wimmer Cemetery. Friends may call from noon until time of services on Sunday at the funeral parlors. Family and friends will serve as pallbearers.

To send flowers to the family in memory of Venora "Ruth" Smith, please visit our flower store.