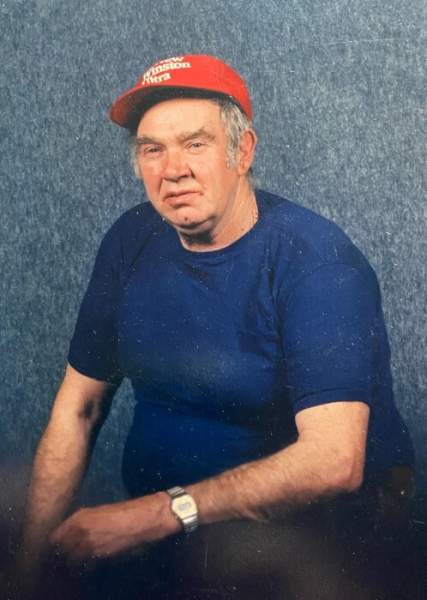 Born May 3, 1929, at Elk Knob, he was the son of the late Theodore Edgar and Alpha Marie Boone Meadows. Tommy was a tiny infant as he was born prematurely so his grandfather Jasper gave him the nickname Tom Thumb.

In his youth Tommy clerked the family store. Over the years his career included working on the Bluestone Dam, five years as a railroader, farming, buying and trading used vehicles, and running a salvage parts business. He was a skilled auto mechanic and backhoe operator. Tommy hauled, sold and delivered many tons of coal and gravel in the area. If he thought children of a household were without heat and the family had no money, Tommy would give the coal away. He was a smart, kind, funny and caring friend, and a lover of animals and nature. Tommy loved fried apple pies. He was a beloved husband, father and grandfather.

Funeral services will be 12:00 P.M. Saturday, May 29, 2021, at the Ronald Meadows Funeral Parlors Chapel with Pastor Dana Stalnaker officiating with burial following in the Meadows Family Cemetery at Hilldale.  Friends may call from 11:00 A.M. until time of services on Saturday at the funeral parlors.

In lieu of flowers donations of sympathy may be made to the Ronald Meadows Funeral Parlors at P.O. Box 760, Hinton, WV 25951.

To send flowers to the family in memory of Tommy Meadows, please visit our flower store.