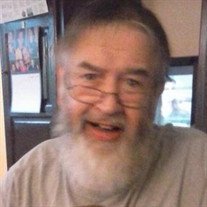 Stanley Davis Crook, 60 of Rainelle, formerly of Hinton and Jumping Branch passed away July 26, 2017 at Peyton Hospice House in Ronceverte following a long illness.
Born August 14, 1956 in Hinton he was a son of the late Miles S. and Doris Lowers Crook.
Davis was a 1975 graduate of Hinton High School where he was a drummer in the marching band. He was a former dispatcher for Greenbrier County e911. He enjoyed NASCAR , family genealogy and playing in several bands throughout the area ranging from gospel country to rock.
He was preceded in death by two aunts, Mrs. Pearl Wiley and Gloria Enright; three uncles, Phillip Crook, Edward Crook and Victor Lowers and a nephew, Steven Wills.
He is survived by his son Kenneth Crook and wife Lindsey; daughter, Lindy Crook; two grandsons, Ty Johnson and Damian Johnson; companion, Lora Gwinn; daughter, Amanda Williams and husband Derek; grandsons, Jacob, Hunter and Cameron; Ms. V.C. Lowers; sister, Patricia Wills and husband Nelson; four nieces and one nephew and special buddy, his cat, Gizmo (Gizzy).
Funeral services will be held 2:00 P.M. Sunday, July 30, 2017 at the Ronald Meadows Funeral Parlors with Rev. Tom Coffman and John Wyatt officiating. Burial will follow in the Lilly-Crews Cemetery at Nimitz. Friends may call from 1:00 P.M. until time of services at the funeral parlors on Sunday.
Family and friends will serve as pallbearers.
Special thanks to Dr. Stanley Day, Quinwood EMS and the staff of Davita Dialysis in Fairlea.
In lieu of flowers donations of sympathy may be made to the Ronald Meadows Funeral Parlors P.O. Box 760 Hinton, WV 25951.

To send flowers to the family in memory of Stanley Crook, please visit our flower store.