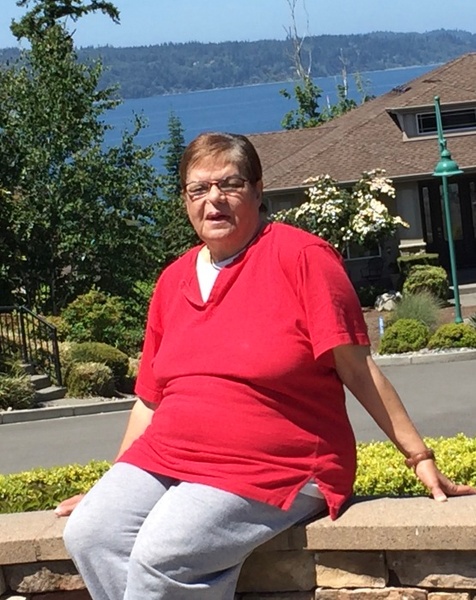 Shirley Ann Smith (Jackson), age 82, formerly of Talcott, went to be with her Lord on June 15, 2020.  She was a 1955 graduate of Lincoln High School and attended Wayne State University.  She is a member of the 2nd Baptist Church of Talcott.   Shirley was the first African American employee to work retail at G.C. Murphys in Hinton; she went on to have a career in retail management in Kansas and Georgia with the K-Mart Corp.  Upon retirement, Shirley travelled, became a NASCAR fan and enjoyed time with family.  She was loving and caring and was a devoted mother and Nanaw to her grandchildren.

Shirley is preceded in death by her parents James and Marie Jackson, and her two sisters, Jean Jackson and Flora Rose, and her brother, James Jackson, Jr.

Her beautiful life will forever be cherished in the lives of her children:  Teresa Smith of Naples, Florida and Lisa Smith-Proffitt and her husband, Larry of Seattle, Washington; and in her three loving grandchildren Sherica Proffitt, Jade Smith and Teco Proffitt.

A home-going memorial service will be held on Monday, June 22, 2020 at 11:00 am at the Ronald Meadows Funeral Parlors Chapel with Pastor Robbie Merritt officiating burial will follow in the Talcott Cemetry.  Friends may call from 10:00 am until time of services at the funeral parlors.

To send flowers to the family in memory of Shirley Smith, please visit our flower store.