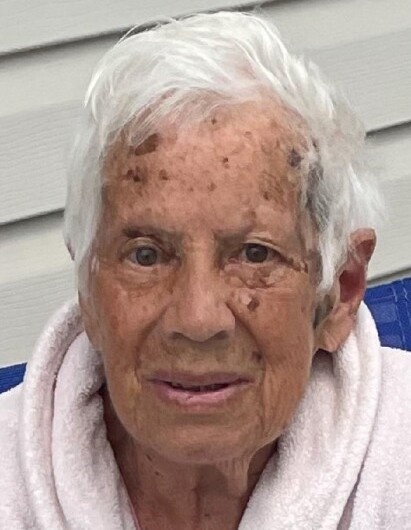 Born July 22, 1932 in Hinton, she was the daughter of the late Dr. Davis William Ritter, Sr. and Anna Lorraine Mauger Ritter.

Sarah was a 1950 graduate of Hinton High School where she was a majorette. After graduation she went to St. Joseph’s in Pennsylvania for nursing training then went on to work at the Pentagon. When returning to southern West Virginia, Sarah was a secretary for Black Knight Country Club and for the Raleigh County Board of Education where she started her career at East Beckley Special Education School and ended her career at Crescent Elementary with over 30 years of service. She loved the beach and being in the sun, reading, watching birds and squirrels in her backyard, traveling with family and friends, cooking and caring for her family. Sarah especially enjoyed watching her grandchildren play sports as she was one of their biggest fans. Grandma always had pimento cheese and a Coca-Cola in the fridge, never let her family go without paper products, was a world class fudge maker, wrapped gifts with the funny pages and was admired by many as “Sis”. She was a member of the First United Methodist Church of Beckley, Beta Sigma Phi Eta Master Chapter and Women of the Moose.

Besides her parents she was preceded in death by her husband, Thomas Malcolm Osborne. Sarah was the last surviving spouse of the Osborne family.

Funeral Services will be held at 1:00 p.m. Monday, December 27, 2021 at the Ronald Meadows Funeral Parlors Chapel with Pastors Bill Fox and Robbie Merritt officiating. Burial will follow in the Restwood Memorial Gardens near Hinton. Friends may call from 11:30 a.m. until the time of service at the funeral parlors.

In lieu of flowers donations may be made to Bower Hospice House, 454 Cranberry Drive, Beckley WV 25801.

To send flowers to the family in memory of Sarah Osborne, please visit our flower store.