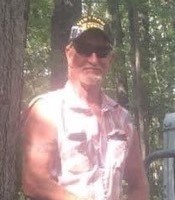 Samuel H. “Sammy” Crook, 74, of Jumping Branch went home to be with the Lord Friday, November 20, 2020 at his home following a courageous battle with cancer.

Born April 2, 1946 at Hinton he was a son of the late Hobert J. and Dorothy Ernestine Moss Crook.

Sammy was a United States Army Vietnam Veteran where he received the Bronze Star. He was a member of the Hinton VFW Post 4500, member of Vietnam Veterans of Princeton, a former City of Hinton police officer, co-owner and operator of Crook’s Construction, LLC and patriarch of the Crook family.

He is preceded in death by three brothers; Jackie, Paul and Johnny Crook; and one sister, Venora “Ruth” Smith.

To send flowers to the family in memory of Samuel H. Crook, please visit our flower store.