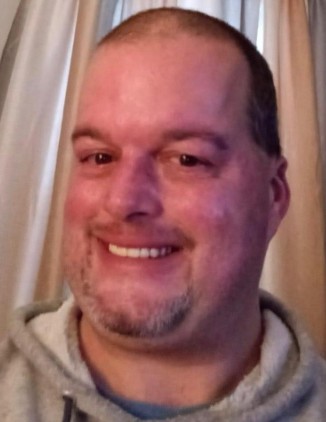 Born July 8, 1976, Ryan was a son of Joyce Martin Ewing (Joe) of Hinton and stepfather who raised him, Rick Ewing (Nellie) of Hilldale.

Ryan was a 1994 graduate of Hinton High School. He will be forever remembered by all who knew and loved him for his sense of humor and his contagious smile.

Ryan was preceded in death by his maternal grandfather, William “Bill” Martin and one aunt, Becky Harris.

Besides his mother and stepfather, those left to cherish his memory include his maternal grandmother, Goldie Martin of Talcott; loving brother, Brandon Ewing (Erica) of FL; special niece, Lucie Rose Ewing; loving cousin, Christopher Harris of Hinton and the entire Dodd family.

Per Ryan’s wishes, his body will be cremated and a private memorial service will be held at a later date.

To send flowers to the family in memory of Ryan Dodd, please visit our flower store.