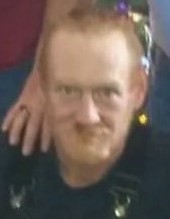 Born January 2, 1980 at Beckley he was a son of the late Rev. Woodrow Wilson and Delpha Jeffries Lusk.

Roger was a mechanic and general laborer. He had attended Shady Spring High School.

Roger was preceded in death by four brothers, Michael, Roger, Rockey and Danny Lusk and one sister, Mary

Funeral services will be 7:00 P.M. Monday March 7, 2022 at the Ronald Meadows Funeral Parlors Chapel with Pastor Larry Cochran officiating. Friends may call from 6:00 P.M. until time of services Monday at the funeral parlors.  Following the services his body will be cremated.

To send flowers to the family in memory of Roger Lusk, please visit our flower store.