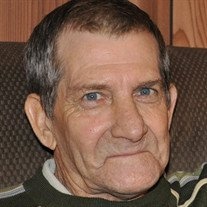 Roger Lee Gill, 69, of Madams Creek, Hinton entered into eternal rest Friday, June 21, 2019 at Charleston Area Medical Center Memorial Division following a long illness.
Born October 27, 1949 at Hinton he was a son of the late Russell L. and Oma Evelyn Ward Gill.
Roger was a former construction worker who enjoyed gardening and spending time with family and friends, especially his grandchildren.
He was preceded in death by one brother, Charlie Gill and one sister, Maydean Hill.
Those left to cherish his memory include his wife of 42 years, Rosemary Weikle Gill at home; one daughter, Tonja Alvis and husband Randy of Hendersonville, TN; two sons, John Gill and Jason Gill both of Hinton; two grandchildren, Adam Alvis and Lizzy Alvis both of Hendersonville, TN; two sisters, Margie Weikle of Union and Marie Meadows and husband Frank of Hinton and two brothers, Billy Gill and wife Vickie of Hinton and Jimmy Gill and wife Barbara of Hinton.
Funeral services will be 12:00 P.M. Monday, June 24, 2019 at the Ronald Meadows Funeral Parlors Chapel with Pastor Robbie Merritt officiating. Burial will follow in the Gill Family Cemetery on Madams Creek. Friends may call from 10:30 A.M. until time of services on Monday at the funeral parlors. Family and friends will serve as pallbearers.

To send flowers to the family in memory of Roger Gill, please visit our flower store.