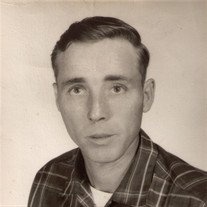 Robert Gray Weikle, 77, of Zion Mt. went home to be with the Lord Saturday, December 20, 2014 at his home following a short illness.
Born May 16, 1937 in Monroe Co., he was the son of the late Hobert and Sallie Taylor Weikle. Robert was of the Baptist Faith, a member of the NRA and the United Steelworkers of America. A construction worker having worked building numerous bridges he enjoyed hunting, fishing, camping, being outdoors and spending time with his grandchildren, family and friends.
Preceded in death by his wife, Effie Weikle and four brothers, Alfred, Ronald, Eldridge and John Weikle.
Those left to cherish his memory include seven children, Robert Weikle of Union, Tammy Rider and husband Jerry of Union, Linda Parker and husband Kyle of Union, Debra Pence and companion Timothy Roop of Pipestem, Robbie Weikle and wife Emily of Nimitz, Stephen Weikle and wife Ronda of Jumping Branch and Randy Weikle and companion Paula Martin of Hinton; eighteen grandchildren; twenty-two great grandchildren; three brothers, Charles Weikle of Union, Paul Weikle of Union and Pete Weikle of Judson; three sisters, Mabel Bennett of Zion Mtn., Lillie Ward of Hinton and Nancy Kellum of Ohio and numerous nieces and nephews.
Funeral services will be held 7:00 pm Tuesday December 23, 2014 at the Ronald Meadows Funeral Parlors Chapel with Pastor Allen Hilton officiating. Friends may visit with the family from 5:00 pm until service time on Tuesday. At his request following the services the body will be cremated.

To send flowers to the family in memory of Robert Weikle, please visit our flower store.