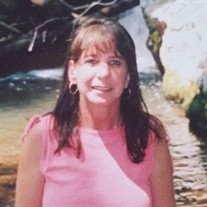 Rita Marie Meadows Fortner, 52, of Chesapeake, VA formerly of Hinton entered into eternal rest Friday, August 28, 2015 in the Chesapeake General Hospital following a sudden illness.
Born January 1, 1963 at Hinton she was a daughter of the late Bobby Lee and Betty Jean Foster Meadows.
Rita's life was spent taking care of others, as a Certified Nursing Assistant or a homemaker, but her greatest joy came from spending time with her family, especially her grandchildren. She also enjoyed cooking, baking, camping and the outdoors.
Rita was preceded in death by one sister, Barbara Susan Chaney.
Those left to cherish her memory include her companion, Richard "Ritchie" Carlsen; one son, Eugene Folmer of Norfolk, VA; one daughter, Tiffany Campbell and husband Matt of Ronceverte; three grandchildren, Jakob, David and Adam Campbell; two brothers, Bill Meadows and wife Kathy of Bellepoint and Danny Meadows of Norfolk, VA; one sister, Dixie Palmer and husband Wayne of Meadow Bridge and several nieces and nephews.
Funeral services will be 2:00 P.M. Thursday, September 3, 2015 at Ronald Meadows Funeral Parlors Chapel with Pastor Robbie Merritt officiating. Burial will follow in the Ett Willey Cemetery on Zion Mountain. Friends may call from noon until time of services on Thursday at the funeral parlors.
Family and friends will serve as pallbearers.

To send flowers to the family in memory of Rita Fortner, please visit our flower store.