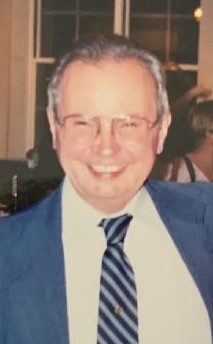 Earle was a 1963 graduate of William Byrd High School in Vinton, Virginia.  He entered the Army in October 1963.  He obtained the rank of Specialist 4 (E4), served as a radio operator and Army Band member.  While stationed in Germany he received the National Defense Service Medal.  After leaving the Army he moved to West Virginia where he obtained degrees from Concord College, Bluefield College and United Theological Seminary in Dayton Ohio.

Earle never found a musical instrument that he could not play.  He played in a Bluegrass Gospel Band for a time and taught numerous individual’s music.  Earle played the Accordion and sang for some time at Roma 3 in Princeton.  He worked several jobs prior to becoming a minister with various United Methodist Churches throughout WV – Steelton UMC, St. Johns UMC, Rosemar UMC, Lindside UMC and Mullens UMC.

He retired in June of 2016, but The Lord was not done with him.  In 2019, Rev. Arthur began teaching Sunday School and witnessing to residents and staff at Summers Nursing and Rehab Center.  As a resident Earle continued his ministry to the residents by reading the Bible to them, conducting church services, and praying with them.  These roles continued in various forms before and during the COVID pandemic until his health failed him.

Graveside service and burial will be held 1:00 pm Wednesday December 9, 2020 at the Greenbrier Burial Park near Hinton with Rev. Joe Kenaston officiating.  Family and friends are asked to meet at the cemetery at 12:30 pm.

To send flowers to the family in memory of Rev. Harry Arthur Jr., please visit our flower store.