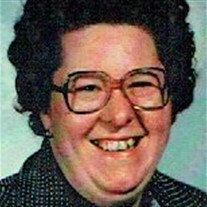 On September 8, 2014 Heaven received a new angel. Paulett Faye Easter Adkins, 68, of Hinton received her wings after a long illness. She was born on January 5, 1946 to the late Paul Wesley Easter and Ethel Delphia Sheppard Easter. She was a quiet and shy child but grew up to be an amazing and caring woman. In August 29, 1969 she was married to her true love, Ernest Boyd Adkins. She went through many struggles in her life but always maintained a positive view on life.
She worked at Jack's Diner, Hinton Hospital and Senior Citizen Center and put herself through college by taking one class at a time. It took her 13 years but she never gave up her determination to obtain her teaching degree. She was a substitute teacher for many years for the Summers County Board of Education until she obtained a full time position in a reading lab. She was finishing up her Master's Degree when she was diagnosed with cancer and was unable to complete her student teaching. She also fought kidney disease and received a kidney transplant in 2002, which she took very good care not to lose.
She was preceded in death by her husband; a sister, Beatrice Martha Easter Earhart and several brother in laws.
She is survived by a niece whom she reared as her own, Colett Xan Easter; one sister, Evelyn Jane Sheppard Stricker; two brother in laws, Eldridge Adkins and Stephen Earhart; three sister in laws, Edith Andrews, Louise Adkins and Judy Adkins; a very special aunt, Jewell Dunn; nieces and nephews; great nieces and nephews and great great nieces and nephews.
Paulett was the type of person who would help anyone at anytime. She was loved by everyone.
Funeral services will be 1:00 P.M. Saturday, September 13, 2014 at Ronald Meadows Funeral Parlors with Pastor Robbie Merritt officiating. Following the funeral service she will be laid to rest by her loving husband of 35 years in the Clayton Baptist Church Cemetery. Friends may call from 6:00- 8:00 P.M. on Friday at the funeral parlors.
Family and friends will serve as pallbearers.

To send flowers to the family in memory of Paulett Adkins, please visit our flower store.