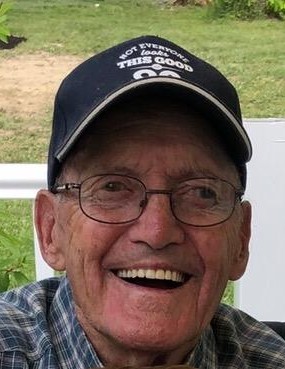 Norman retired from the Mid Atlantic Carpenters Union Local 1911 as an honorary member with 50 plus years.  He was an avid outdoorsman that loved hunting, gardening and taking the grandchildren to the hunting camp. He was of the Methodist Faith.

In addition to his parents, he was preceded in death by his wife of 68 years Barbara, his brothers, Raymond, Stanley, Eugene, Robert, Joe and Clifford and sisters, Mary and Linda.

Funeral services will be held 1:00 pm Wednesday, April 20, 2022 at the Ronald Meadows Funeral Parlors with Pastor Robbie Merritt officiating.  Burial will follow in Restwood Memorial Gardens near Hinton.  Friends may call from noon until service time on Wednesday at the funeral parlors.

The family would like to thank the staff of Main Street Care for their excellent care given during this difficult time.

To send flowers to the family in memory of Norman Farley Sr., please visit our flower store.