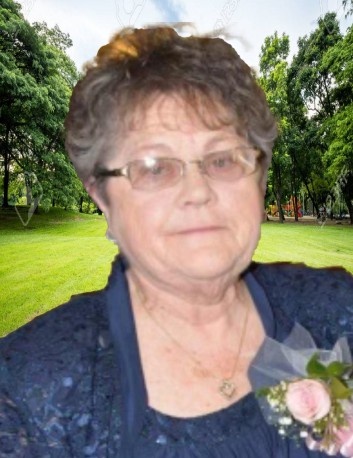 Mildred “Mil” Faye Lilly, 76 of Nimitz went home to be with the Lord Friday, October 8, 2021 at home surrounded by her family.  She was the best wife, momma, maw maw and grammy.

Born October 20, 1944 at Nimitz, she was the daughter of the late William E. and Vila M. Lilly Moten.  She was a member of the Bluestone Baptist Church and a 1962 graduate of Hinton High School.  Mildred was a former employee of Hinton Hospital, Meadows Furniture Co., Ronald Meadows Funeral Parlors and J.L. Massie Insurance, she served on the Board of Directors for the Lilly Family Reunion and was a volunteer with the Summers County Toy Fund.

Besides her parents she was preceded in death by her daughter, Rebecca “Becky” Cooper on November 20, 2020; her brothers, Edgar Lee Moten and two infant brothers Buddy and Lonnie Earl Moten and sister-in-law, Jane Lilly.

Justin, Jesse and Jonah Pugh will serve as honorary pallbearers.

Special thanks to family and friends, Bluestone Baptist Church, Princeton Hospital CCU Staff and the staff of Hospice of Southern WV.

To send flowers to the family in memory of Mildred "Mil" Lilly, please visit our flower store.