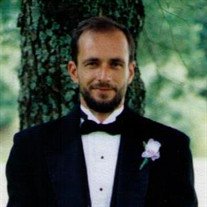 Michael Steven Lilly, 52 of Pipestem went home to be with his Lord and Savior, Saturday May 21, 2016 at Summers Co. ARH following a short illness.
Born August 14, 1963 at Hinton he was the son the late Charles Lilly and Becky Neely Lilly of Pipestem. Mike was a kind and loving man who dedicated his life to his wife and children, former employee of Hico Corp. where he was a construction foreman, fifteen year employee of Pipestem State Park where he worked as a golf course technician. Mike served his country for 15 years in the WV Army National Guard he enjoyed fishing, hunting, being outdoors and spoiling his girls.
Preceded in death by two sons, Tyler Ray and Jonathan Lee Lilly; one daughter, Melissa Dawn Lilly; one granddaughter, paternal grandparents, Cecil Lilly and Margie Lilly Pack; maternal grandparents, Cary and Louise Neely; father-in-law, Marvin Ray Martin and mother-in-law, Margaret G. Martin.
Those left to cherish his memory include his wife of 22 years, Vicky Martin Lilly of Pipestem; two daughters, Angel Margaret Lilly and Breanna Le'Shay Lilly both of Pipestem; two sons, Shaun Michael and wife Brittany of Waterloo, NY and Matthew Steven Lilly and companion Maria of Waterloo, NY; two grandsons, Benjamin and Brody Lilly of Waterloo,NY; four brothers, Ronnie Lilly and wife Tami of Radford, VA, Randy Lilly and wife Tonya of Hinton, Homer Lilly and companion Theresa Long of Pipestem and Greg Lilly and wife Heather of Nimitz; two sisters, Lisa Clay of Pence Springs and Rhonda Canada of Dixon, TN; one brother-in-law, Rick Grose and wife Susan of Hinton; one sister-in-law, Delores Lilly and husband Terry of Hinton and several aunts, uncles, cousins and his nieces and nephews who loved him dearly and honored him each and every day.
Funeral services will be held 11:00 am Thursday, May 26, 2016 at the Ronald Meadows Funeral Parlors Chapel with Pastor Robbie Merritt officiating. Burial will follow in the Wimmer Cemetery near Hinton. Friends may call from 6-8 pm on Wednesday at the funeral parlors.
Members of the WV Army National Guard will serve as pallbearers.

To send flowers to the family in memory of Michael Lilly, please visit our flower store.