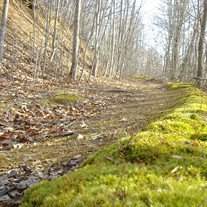 Melvin E. Cyrus, 74, of Hinton passed away Friday, November 21, 2014 at the Summers Nursing and Rehabilitation Center following a long illness.
Born May 22, 1940 at Ramp, Melvin was son of the late Walter and Beryl Parker Cyrus. He started cutting and hauling timber at the age of 13. He later worked various construction and power company jobs until he was disabled due to a heart attack.
Besides his parents, he is preceded in death by his brothers, Edward Cyrus and Jackie Cyrus.
Melvin is survived by his son, Tim Cyrus; grandsons, Dakota and Tucker Cyrus; sisters, Juanita, Martha, Helen, and Dorothy; and many nieces and nephews.
Graveside services and burial will be held at 11:00 AM on Tuesday, November 25, 2014 at the McElhanney Cemetery at Grassy Meadows with Pastor Melvin Wills officiating. Friends may call from 6:00 PM until 8:00 PM on Monday, November 24, 2014 at the Ronald Meadows Funeral Parlors in Hinton. Family and friends will serve as pallbearers. Arrangements are by the Ronald Meadows Funeral Parlors of Hinton.


To send flowers to the family in memory of Melvin Cyrus, please visit our flower store.