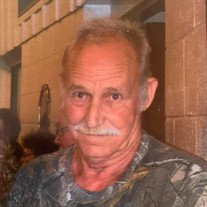 Melvin "Junior" Bragg, 71, of Tug Creek, Hinton entered into eternal rest Tuesday, September 3, 2019 at his home following a long illness.
Born April 6, 1948 in Summers County he was a son of the late Melvin M. Sr. and Mary Bennett Bragg.
Junior was of the Baptist faith. He was a tree climber and trimmer and had helped with the construction of the New River Gorge Bridge. Junior was a former coal mine blaster. He enjoyed fishing, camping and the outdoors, painting sawblades and spending time with his family, especially his grandchildren.
Junior was preceded in death by one son, Ronnie Lee Ward; two sisters, Diane Pitzer and Marie Tincher and six infant siblings.
Those left to cherish his memory include his wife, Brenda O'Meara at home; one son, Rob O'Meara and wife Andrea of Hilldale; three grandchildren, Taylor, Gracie and Riley; three great grandchildren; one sister, Kathleen Adkins and husband Jackie of Tug Creek; one brother, Daniel Bragg and wife Wanda of Tug Creek and numerous nieces, nephews, cousins, aunts and uncles.
Graveside services and burial will be 11:00 A.M. Friday, September 6, 2019 at the Bragg Family Cemetery on Tug Creek with Pastor Robbie Merritt officiating. Family and friends are asked to meet at the cemetery from 10:30 A.M. until time of services.
Pallbearers: Rob O'Meara, Jackie Joe Adkins, Josh Adkins, J.D. Bragg, Dustin Bragg and Charles Adkins.

To send flowers to the family in memory of Melvin Bragg, please visit our flower store.