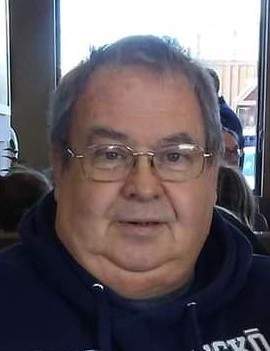 Marvin Douglas “Sonar” McBride, 66, of Nimitz went home to be with the Lord Tuesday, February 23, 2021 at Beckley Appalachian Regional Hospital following a long but courageous battle.

Born November 1, 1954 at Hinton he was a son of the late Marvin Marshall McBride and Berta Mae Trivett Hunsecker of Hinton.

Sonar was a 1972 graduate of Hinton High School. Following graduation, he attended Concord College. Sonar was a journalist for Dade City Daily News and Hinton Daily News. He was a former fireman for Zephyrhills Volunteer Fire Department and a former board member for the Summers County Board of Education. Sonar retired as a retail merchandiser for Dollar General. He was well known in Summers County as an avid Bobcat sports fan and radio announcer for WMTD broadcasting Bobcat sporting events.

Besides his father, Sonar was preceded in death by one son, Billy Joe Moravec and one sister, Brenda Katherine McBride.

At Sonar’s request the body has been cremated and a gathering of family and friends will be held at a later date.

To send flowers to the family in memory of Marvin McBride, please visit our flower store.