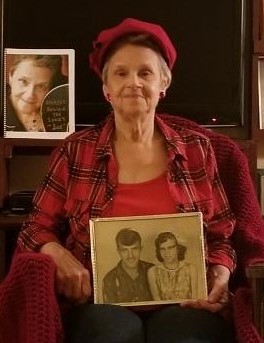 Born August 16, 1942 in Summers County she was a daughter of the late Layton and Blanche Pitzer Rose.

Sue lived life to the fullest and the most important thing to her was her family and taking care of them. She was known by many as Momma Sue. She was a singer, songwriter and had several cds. She also wrote a book that is sold on Amazon, The Story Behind the Songs. In 1991, Sue sang at the White House under the Christmas Tree and even sang in Nashville. She sang all around the area and was loved by many. Sue loved her music and also loved sewing but her biggest love was her family, especially her grandchildren.  They were the light of her life.

She was preceded in death by the love of her life, and her biggest fan, Hobert L. Phillips Sr.; two sisters, Becky Phillips and Lona McBride; one brother, Jimmy Rose and Baby Phillips.

A Celebration of Sue’s Life will be held at a later date.

To send flowers to the family in memory of Margaret Phillips, please visit our flower store.

Services are to be announced