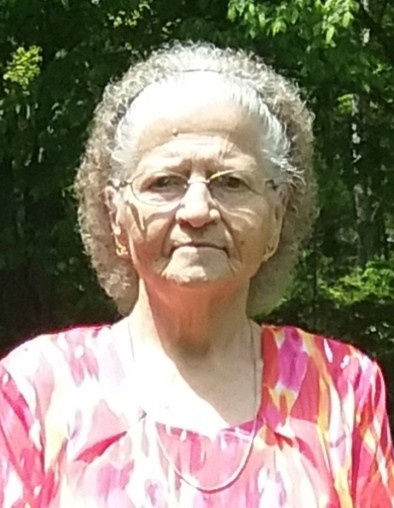 Lula Mae Ward, 80, of Hilldale went home to be with the Lord Wednesday, November 11, 2020 at Bowers Hospice House following a long illness.

Born February 2, 1940 at Talcott she was a daughter of the late Charley James and Violet Marie Adkins Buckland.

Lula was a homemaker and an active member of Rollynsburg Baptist Church as long as her health permitted. She enjoyed reading her Bible, watching television and spending time with family and friends, especially her grandchildren and great grandchildren. She was the last surviving member of her immediate family.

Lula was preceded in death by her husband, Lloyd G. Ward; one son, Phillip Lloyd Ward; six sisters and one brother.

Those left to cherish her memory include one daughter, Lisa Annette Ward of Hilldale; one grandson, Derek Clinton Lehew and wife Alison of Forest Hill; three great grandchildren, Gunner Ace Lehew, Makynzie Ava Taylor and Layla Grace Taylor and a host of nieces, nephews and cousins.

Funeral services will be 1:00 P.M. Sunday, November 15, 2020 at Ronald Meadows Funeral Parlors with Pastor Dana Stalnaker officiating. Burial will follow in the Richmond Cemetery at Sandstone. Friends may call from noon until time of services at the funeral parlors. Pallbearers will be: Derek Lehew, Mark Ward, Richard Trout, Danny Helms, Timmy Phillips and Steven Trent. Honorary pallbearers will be: Andrew Pritchard, Lawrence Merrill and Maynard Blankenship.

The family would like to thank the staff of Dr. Khan and the Bower’s Hospice House for all the loving care given to Lula during her illness.

To send flowers to the family in memory of Lula Ward, please visit our flower store.