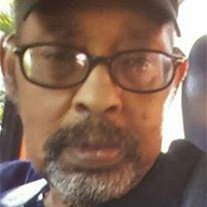 Lloyd Elderidge "Chuck" Gore Jr., 60, of Hungards Creek passed away Friday September 2, 2016 at his home peacefully surrounded by his loving family following a courageous battle with his health.
Born June 5, 1956 at Summers County he was a son of the late Lloyd E. Sr. and Betty Lou Smith Gore.
Lloyd was of the Christian faith. He was a member of the Greenbrier Valley Rural Fire Department having served 20 plus years and a former coal miner.
Lloyd was preceded in death by one brother, Bobby Joe Smith.
Those left to cherish his memory include, one daughter, Angela Pence and husband Clinton of Lindside; two sons, Charles "Chuckie" Gore and wife Holly of Alderson and Jonathon Meadows and wife Gracie of Hungards Creek and Sommer Graham and husband Kevin of Peterstown and Charlie Adkins of Hilldale, whom he viewed as his own; nine grandchildren; two great grandchildren; three brothers, Jerry L. Gore and wife Kathy of Hungards Creek, Timothy Smith and wife Tina of Hungards Creek and Dean Gore of Hungards Creek and three sisters, Josephine Standard and husband James of Pence Springs, Brenda Gore of Roanoke and Dinah Smith of St. Albans.
Funeral services will be 12:00 P.M. Thursday, September 8, 2016 at Ronald Meadows Funeral Parlors Chapel with Pastor Allen Hilton officiating. Burial will follow in the Gore Cemetery at Hungards Creek. Friends may call from 10:00 A.M. until time of services on Thursday at the funeral parlors.
Family will serve as pallbearers.
Arrangements are by the Ronald Meadows Funeral Parlors of Hinton.
Condolences may be sent to the family at www.ronaldmeadowsfp.com

To send flowers to the family in memory of Lloyd Gore, please visit our flower store.