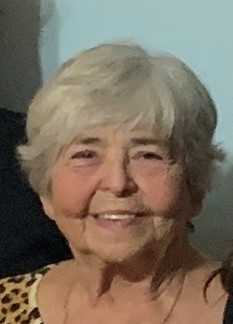 Linda Ruth McGehee, 77, of Nimitz, went home to be with the Lord Monday August 16, 2021 at Ruby Memorial Hospital in Morgantown following a short illness.

Born February 15, 1944, in Hurricane, she was the daughter of Howard and Virginia Maxine Estep Collins.  She was a member of the Putnam County 4-H Club, a majorette at Hurricane High School and a Golden Horseshoe award winner.  A homemaker, Linda loved the WVU Marching Band and grabbed every opportunity to go see them, and an avid fan of the Cincinnati Reds.  She enjoyed fishing, spending time with her family and friends playing card games until the wee hours of the morning, and gave a piece of her heart to everyone who knew her.

There will be no services.  In lieu of flowers, donations may be made to the Summers County Council on Aging at 120 2nd Ave. Hinton, WV 25951.

To send flowers to the family in memory of Linda McGehee, please visit our flower store.