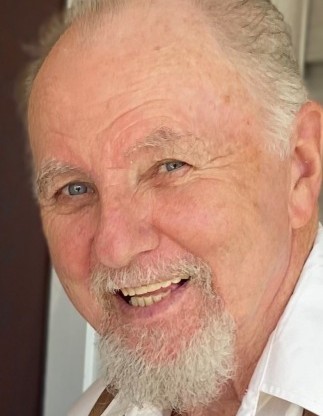 Leonard Lloyd Cales, 75, of Sandstone went to his heavenly home on Tuesday, January 18, 2022 at his home surrounded by his family and faithful fur baby, Sadie Mae following a short illness.

Leonard worked on the railroad and the mines in his early years then became a contractor with Jim Willis and Jim Gunter. In 1975 he began his own contracting business. Leonard was a very faithful Christian. He was a member of the Laurel Creek Baptist Church.  Not only did Leonard have a testimony, he lived his testimony daily.

Leonard loved hunting, fishing, ginsenging, muggin huntin and making memories with his family and friends.  He loved telling stories and teaching his grandbabies, who were his pride and joy.

In addition to his parents, Leonard was preceded in death by five brothers, Basil, Lester, Curtis, Charles and Emmett Cales and two sisters, Gladys Dameron and Thelma Bragg.

Those left to cherish his memory include his devoted and loving wife of 27 years, Tina DePriest Cales; three children of who he helped to raise as his own, Brandy Ward (Hobert) of Sandstone, Jackie “Sissy” Hughes and husband Jeremy of Coal City and Scottie Bridges and wife Stephanie of Marie; four grandbabies, Emilee of Sandstone, Jessie Ward of Pence Springs, Jeremy Jr. and Jalynn Hughes both of Coal City; one expected great grandson; one brother, Eddie Cales and companion Phyliss of Sandstone and many nieces and nephews.

Funeral services will be 1:00 P.M. Friday, January 21, 2022 at the Ronald Meadows Funeral Parlors Chapel with Pastor Melvin Wills, Jeremy Hughes and Jerry Adkins officiating. A private family burial will follow.  Friends may call from 11:30 A.M. until time of services on Friday at the funeral parlors.

To send flowers to the family in memory of Leonard Cales, please visit our flower store.