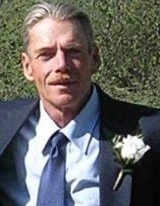 Born April 24, 1961 at Hinton he was a son of James L. and Mildred L. Jones Richmond of Ballengee.

Larry was a former West Virginia Department of Highways employee and truck driver for Burns Trucking Company. He was a United States Marine Corps. Reserve. Larry enjoyed horse riding, participating in the Alderson Fourth of July Parade and spending time with his family, friends and grandchildren.

He was preceded in death by his wife, Regina Ward Richmond and one brother, Lewis Wayne Richmond.

Besides his parents, those left to cherish his memory include, one sister, Susan Steitz (David) of FL; two brothers, Greg Richmond (Robert Dearman) of Statesville NC and Justin Richmond of Ballengee and three nieces, Tara Stanley, Danielle Richmond and Kristen Richmond.

A private family service will be held with Pastor Ben Peyton officiating. Burial will follow in the Oak Grove Cemetery at Ballengee.  Family and friends will serve as pallbearers.

The family would like to thank Dr. Debra Sams for the excellent care given to Larry throughout his illness.

To send flowers to the family in memory of Larry Richmond, please visit our flower store.