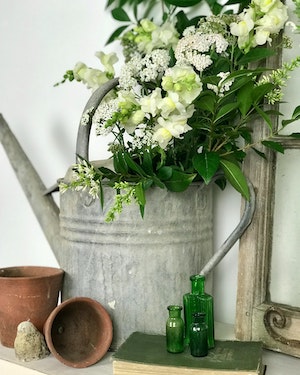 Juanita Cecelia Arnold, 72, of Ballard went home to be with the Lord Monday January 31, 2022 at her home following a long battle with cancer.

Born May 8, 1949 at Chicago, IL she was a daughter of the late Larry and Cecelia Ignaiski Wise.

Juanita was a member of the New Hope United Methodist Church in Marie. She was a former office clerk. Juanita enjoyed cooking, crocheting, doing crafts and quilting.

She was preceded in death by three brothers, Larry, Howard, and Carl Wise.

Those left to cherish her memory include her husband Ralph Arnold, affectionately known as “Uncle Ralph”; one son William Gilligan and several nieces and nephews.

A private memorial service will be held at a later date.

To send flowers to the family in memory of Juanita Arnold, please visit our flower store.