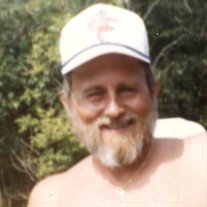 Joseph Anthony "Tony" Moss, 67, of Hinton formerly of Mt. Hope went home to be with the Lord Friday, December 30, 2016 at the Summers Co. ARH Hospital following a long illness.
Born September 10, 1949 @ Milton, WV he was a son of the late Robert Franklin and Pearl Marie Dailey Moss.
Tony was a former coal miner in many southern WV mines having retired at Boomer. He attended Church of God at Mt. Hope. Tony enjoyed fishing, hunting, the outdoors and spending time with family and friends.
He was preceded in death by three brothers, Richard, Michael and Terry Moss.
Those left to cherish his memory include one daughter, Tammy Moss Cox and husband Robbie of Nimitz; one son, Daniel Moss of Beckley; two grandchildren, Leea Cox and Logan Moss; one sister, Debbie King of North Carolina; one brother, Robert Moss and wife Nancy of Beckley; first wife, Shelia Moss of Hinton.
Funeral services will be 1:00 P.M. Monday, January 2, 2017 at Ronald Meadows Funeral Parlors Chapel in Hinton with Pastor Don Hannah officiating. Burial will follow in the Lilly Crews Cemetery at Nimitz. Friends may call from 11:00 A.M. Monday until time of services at the funeral parlors.
Family and friends will serve as pallbearers.

To send flowers to the family in memory of Joseph Moss, please visit our flower store.