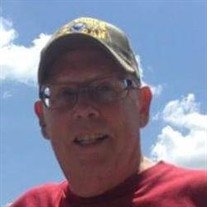 On March 6, 2018 at Piedmont Medical Center in Rock Hill, SC, following a short illness, John H. (Hank) Davis II left this earth to spend eternity with his Lord Jesus Christ.
Born April 8, 1945 at Beckley he was a son of the late John H. and Margaret L. Woods Davis. Mr. Davis graduated from Woodrow Wilson High School at Beckley in 1963. He then joined the US Air Force in July 1965 and served until July 1969 when he was honorably discharged. While in the Air Force he was stationed at Little Rock, AR Air Force Base and at Ramstein, Germany Air Force Base. Mr. Davis worked days and attended night classes at Beckley College where he graduated with an Associate Arts degree in Business Administration in 1975. He worked for several banks, loan and mortgage companies until he retired in 2008. While working at a local bank in Beckley he met and later married Teresa G. Bennett who resided at Nimitz.
John will be sadly missed by his wife Teresa of 30 years, whom he loved very much; mother in law, Francis Bennett of York, SC, formerly of Nimitz; one sister, Peggy Davila and husband Bacho of Camden, SC and his feline, Sweetness, whom he was crazy about.
Funeral service will be 1:00 P.M. Saturday, March 10, 2018 at Ronald Meadows Funeral Parlors Chapel with Pastor Don Hannah officiating. Friends may call on Saturday from 12:30 P.M. until time of services at the funeral parlors. There will be no visitation.

To send flowers to the family in memory of John Davis, please visit our flower store.