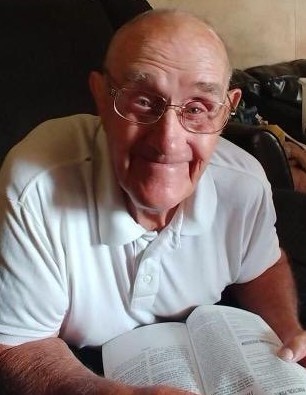 Born August 17, 1937 at Hinton he was the son of the late Walter Cales Sr. and Rachel Mae Robinson Cales.  A member of Spruce Run Chapel, former coal miner, truck driver for Vecellio and Grogan, employee of Shrewsberry Farms. He enjoyed gardening, tinkering with small engines and spending time with his family especially his grandchildren.

Funeral services will be held 1:00 pm Thursday, October 7, 2021 at the Ronald Meadows Funeral Parlors Chapel with Pastor Pete Dunford officiating.  Burial will follow in the Cales Cemetery at Clayton.  Friends may call from 11:00 am until service time on Thursday at the funeral parlors.

To send flowers to the family in memory of James "Jim" Cales, please visit our flower store.