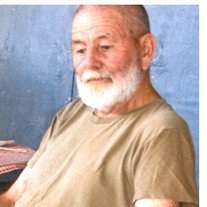 James Lawson "Jim Ed" Harless, 82 of Elton passed away peacefully, Tuesday, November 29, 2016 at the Summers County Nursing and Rehabilitation Center.
Born May 29, 1934 in Crichton, WV he was a son of the late Lawson Wade and Mary Virginia Harless.
James was a retired coal miner who enjoyed four wheeling and playing penny ante poker. He gave his heart to the Lord, October 24, 2016.
James was preceded in death by five brothers, Herman, Walt, Charles, Harold and John Harless and two sisters, Catherine Creech and Betty Louise Haynes.
Those left to cherish his memory include three sons, Ronnie Harless and wife Bev of Grassy Meadows, Jimmy Harless and wife Sandy of Mechanicsville, VA and Kevin Harless and wife Melanie of Elton; two daughters, Beverly Ballengee and husband Bobby of Nimitz and Marty Hutnick and husband Brian of Washington Township, MI; fifteen grandchildren; fourteen great grandchildren; one great great granddaughter; one brother, Dolphus Harless and wife Edna of Ramp; two sisters, Dixie Simmons of Brighton, MI and Norma Smith of Warren, MI; companion and best friend, his dog, Pooper and many friends whom he loved dearly.
Per his wishes James's body will be cremated and a Celebration of Life will be held at a later date.


Arrangements are by the Ronald Meadows Funeral Parlors of Hinton.
Condolences may be sent to the family at www.ronaldmeadowsfp.com
To send flowers to the family in memory of James Harless, please visit our flower store.