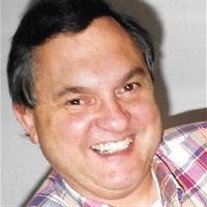 James D. Gardner, 74, passed away Saturday, April 21, 2018 at his home in Akron, Ohio, surrounded by his loving family. He is survived by his devoted wife of 53 years, Georgia; his sons, James (Judi) and John (Radlyn); his five grandchildren, Daniel, Claire, Mia, Sami, and Rae, and his sister Jill (Frank Jessie).

While still an undergraduate, he joined the co-op engineering program at Firestone and upon graduation took a position in Firestone's Development Department. He was ultimately Director of Firestone's Product Analysis Department, forensically examining tires and routinely testifying in litigation for Firestone, then Bridgestone number of other parties.

He frequently assisted law enforcement agencies with tire issues and was a consultant for the FBI on the first World Trade Center bombing and the Oklahoma City bombing. He was the premier expert in his field and was a caring human being respected by his colleagues all over the country. He formally retired from Bridgestone/Firestone in 2000, but continued his consulting work as an independent tire expert until just a few weeks ago.

But Jim's happiest times were spent with his family. He enjoyed Miracle League baseball games, musicals and plays, dinners at Chicks, trips to Colorado and Disney World, and weekends in Maine or New York City with the love of his life. He also enjoyed birthdays in Virginia, Friday night football games, and afternoons tinkering in a garage. He loved holidays with family especially Christmas and New Year's Eve. When Fall arrived, Jim could always be found attending college football games ("Guy Trips") with his sons and grandson.

Visitation for family and friends will be held at 11:00 AM on Monday, April 30, 2018 at the Ronald Meadows Funeral Parlors Chapel. A graveside service and burial will follow at 12:00 PM at Restwood Memorial Gardens.

To send flowers to the family in memory of James Gardner, please visit our flower store.