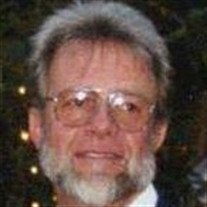 Jackie Ray Hatcher, 77, of Nimitz passed into the rest of the Lord Wednesday July 24, 2019 at his home surrounded by his family.
Born May 16, 1942 at Beckley he was the son of the late Dolphus "Doc" and Mildred Pack Hatcher. Jack graduated from high school in Waverly, OH where he excelled in track and field. After graduation he enlisted in the United States Army where he served as a military police officer and part of the honor guard during the Berlin Crisis in Germany until his discharge. Jack then worked as a police officer for the DC Metropolitan Police where he also assisted as part of President Lyndon B. Johnson's Security Detail. He then pursued his ambition of becoming a business owner of "The Look" which was an antique and drapery business in Georgetown, DC, during this time he became an owner of multiple race horses where he met the love of his life Margy at Charlestown Race Track. Jackie and Margy were united in marriage on February 10, 1971 after a six-week courtship. Their three children were born while they resided in Fairfax, VA. Jack and his family moved to West Virginia in 1977 where he owned Nimitz Auto Brokers, Hatcher Enterprises and Mar-Jac Food Services. 1988 saw Jack and his family move to Crystal River, FL where he owned Hatcher Auto Sales for 28 years. Upon retirement, Jackie and Margy wanted to return to West Virginia where he lived for the past 3 years of his life surrounded by family in the place he called home, especially Streeter and the "Blue Hole".
He was a devout Christian and member of the First Baptist Church in Crystal River, FL where he served as deacon. Locally he attended Nimitz Missionary Baptist and Central Baptist Churches. He was a member of the Christian Businessmen's Committee and attended the Southeastern Workers Conference during the 1980's with his friends from the Riverview Chapel. Jack faithfully attended Men's Prayer Breakfast on Saturday mornings in Florida.
Besides his parents he was preceded in death by his brother, Robert Hatcher.
Those left to cherish his memory include his wife of 48 years, Margy Simmons Hatcher, three children, Guy D. Hatcher and wife Virginia and their daughter Holly, Jacqueline Hatcher Ayala and her children, Zachary Ayala, Samantha Murphy and Ciara Murphy and Sean R. Hatcher and wife Lisa and their children, Garrett and Laken: one sister, Mary Tinsley and several nieces and nephews.
Funeral Services will be held 11:00 am Saturday July 27, 2019 at the Nimitz Missionary Baptist Church with Pastors Don Hannah and Robbie Merritt officiating. Burial will follow in the Lilly-Crews Cemetery at Nimitz. Friends may call from 6-8 pm Friday at the Ronald Meadows Funeral Parlors Chapel in Hinton.
Family and friends will serve as pallbearers.


To send flowers to the family in memory of Jackie Hatcher, please visit our flower store.