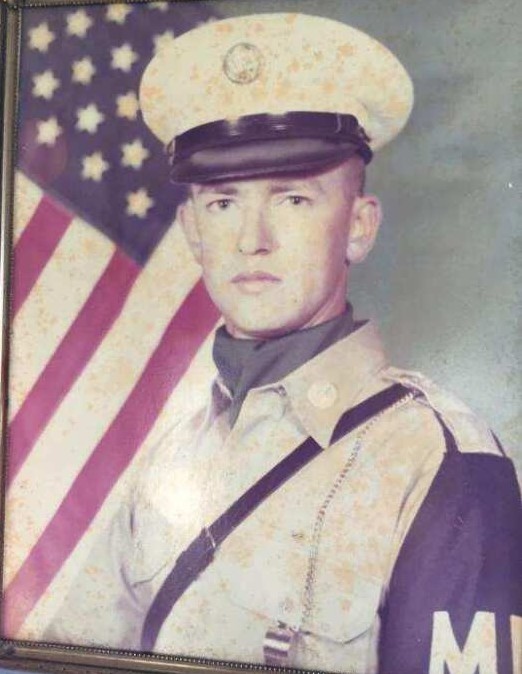 George Richard “Ricky” Eades, 78, of Hinton went home to be with the Lord Tuesday, December 1, 2020 at his home following a long illness.

Born December 29, 1941 at Hinton he was a son of the late George Richard Eades Sr. and Clarabelle Meadows Eades.

Ricky attended Riverview Chapel. He was a U.S. Army Veteran and had served as a military police officer and the Army Honor Guard.  Ricky was a self-employed businessman and a former Hinton City Councilman, the youngest member ever elected to the city council at that time. He enjoyed fishing, hunting, cooking and was an avid WVU sports fan. Ricky was a generous, compassionate person who cared for many.

Those left to cherish his memory include his loving and faithful wife of 52 years, Edna Moten Eades at home; one son, Richard Wilson Eades at home; one sister, Rebecca “Becky” Eades Hess and husband Ted of Wheeling and numerous cousins and family members whom he loved dearly.

Funeral services will be 11:00 A.M. Monday, December 7, 2020 at Riverview Chapel with Pastor Scott Ross officiating. Burial will follow in the Hilltop Cemetery near Hinton. Friends may call from 10:00 A.M. until time of services Monday at the church. Pallbearers will be Junior Ball, Jack Adkins, Garry and Jerry Wheeler, Joe Blankenship and Walter Gillen. Honorary pallbearers: Jim Price and Mike Brandon. In lieu of flowers donations may be made to Riverview Chapel, 1518 Summers St. Hinton, WV 25951.

To send flowers to the family in memory of George Eades, please visit our flower store.