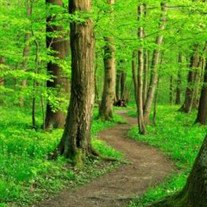 Garland E. Anderson Jr., 75 of Hinton finally entered into his eternal peace on Saturday, November 15, 2014 at Serenity Place in Lerona following a long illness.
Born May 13, 1939 at Hinton he was the son of the late Garland "Buddy" and Ruby Barton Anderson. A lifetime member of the United Transportation Union, he retired from CSX Corp. where he worked as a conductor. He enjoyed entering his car in the various car shows around the area and country. Garland loved spending time in the outdoors, enjoying nature and his true joy was spending time with his grandchildren.
Besides his parents he was preceded in death by one brother, Buford Anderson.
Survived by his wife of 55 years, Jean Morris Anderson; three daughters and their families, Barbara and Ernie Lilly and grandchildren, Kasie and Kody Lilly, Becky and Todd Arthur and grandchildren, Chris and Ashton Arthur and Susan Anderson; two brothers, Leonard and Wilma Anderson of Nimitz and families and Gary and Alyce Anderson of Odd and families.
Funeral services will be held 2:00 pm Tuesday, November 18, 2014 at the Ronald Meadows Funeral Parlors Chapel with Pastor Robbie Merritt officiating. Burial will follow in the Lilly-Crews Cemetery at Nimitz. Friends may call from noon until service time on Tuesday.
Ernie Lilly, Todd Arthur, Kody Lilly, Chris Arthur, Joey Meadows, Michael Wright, Zach Gill and Eric Adkins will serve as pallbearers.
Mason Jones, Jennings Cyrus, Todd Dobbins, Danny Crews, Shane Anderson, Butch Trout, Arnold Lee Johnson and Stacy Meadows will serve as honorary pallbearers.
The family would like to extend a special thanks to Peggy Grimmett, Dr. Chabra and Staff, Serenity Place and Staff, and Hospice Compassus.

To send flowers to the family in memory of Garland Anderson, please visit our flower store.