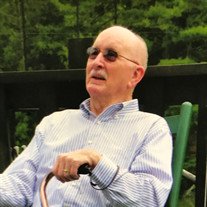 Frederick Owen Vass, 92, of Jumping Branch went to Heaven to be with the Lord, Tuesday, November 27, 2018 at home surrounded by his family.
Born September 16, 1926 at Hinton he was a son of the late Robert Lee and Effie Jane Allen Vass.
Fred was a member of the First Baptist Church of Hinton where he previously served as a Deacon. He was a graduate of Hinton High School where he played basketball and football. Fred was a Korean War Veteran. He was previously employed by C&O Railway and had retired from the US Postal Service. Fred enjoyed listening to hymns, reading his bible, fishing, watching WVU Mountaineers and spending time with his family.
He was preceded in death by a daughter, Susan Jane Jones and siblings, Gladys Utz, Nell Harris, Lena Wilson, Mae Caldwell, Ralph Vass, Robert Vass and Mildred Saul.
Those left to cherish his memory include his loving wife of 65 years, Lillian Juanita Davis Vass; two sons, Frederick Vass and wife Brenda of Nimitz and Richard Vass and wife Cathy of Manassas, VA; two daughters, Jennifer Ebsworth and husband Drew of Nokesville, VA and Becky Keaton and husband Gary of Grandview; son in law, Eugene Jones of Jumping Branch; six grandchildren, Eric Jones and wife Samantha of Jumping Branch, Brian Jones and wife Laurice of Northfield, OH, Nicholas Vass of Dunbar, Jacob Ebsworth and wife Ashley of Arlington, VA, Brandi Keaton of Charleston and Luke Keaton of Grandview; one great grandchild, Lincoln Shields Jones; brother in law, Wyatt Hinton of Madams Creek and a special niece, Jane Ann Saul.
Funeral services will be 12:00 P.M. Thursday, November 29, 2018 at the Ronald Meadows Funeral Parlors Chapel with Pastor Don Hannah officiating. Burial will follow in the Lilly-Crews Cemetery. Friends may call from 11:00 A.M. until time of services on Thursday at the funeral parlors.
Grandchildren will serve as pallbearers.
The family would like to thank his special caregivers, Connie Martin, Denise Lambert and Lora Adkins and all of the caring staff of Hospice of Southern WV.
In lieu of flowers expressions of sympathy may be made to Hospice of Southern WV.

To send flowers to the family in memory of Frederick Vass, please visit our flower store.