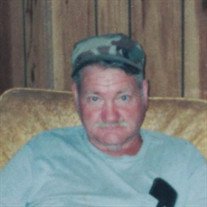 Fred Lewis Meadows, 77, of Ballengee entered into eternal rest Saturday, June 22, 2019 at his home following a long illness.
Born June 7, 1942 in Summers County he was a son of the late Fred and Gracie Mae Gill Meadows.
Fred was a construction worker who enjoyed fishing, hunting and spending time with family and friends.
He was preceded in death by one sister, Blondie Petrey.
Those left to cherish his memory include his wife, Mary Virginia Meadows at home; one daughter, Gracie May Meadows and companion Frankie of Creamery; one son, Gary Lee Meadows of Ballengee; two granddaughters, Aaliyaha "Squirt" Myers and Alexandria "Scooter" Myers; three sisters, Nellie Martin of Forest Hill, Martha Cooper of Ballengee and Goldie Furrow of Glade Springs; five brothers, Frank Meadows of Hinton, Ray Meadows of Hinton, Oscar Meadows of Charleston, Jessie Meadows of Ballard and Jackie Meadows of Hilldale and twenty six nieces and nephews.
Funeral services will be 12:00 P.M. Tuesday, June 25, 2019 at Ronald Meadows Funeral Parlors Chapel with Pastor Robbie Merritt officiating. Burial will follow in the F.L. Meadows Cemetery at Ballengee. Friends may call from 10:30 A.M. until time of services on Tuesday at the funeral parlors. Family and friends will serve as pallbearers.

To send flowers to the family in memory of Fred Meadows, please visit our flower store.