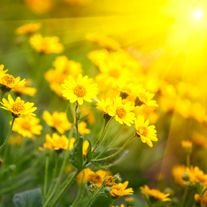 Francis Kay Brookman Adkins, 76, of Hinton passed away Thursday, September 5, 2019 at the Summers Nursing and Rehabilitation Center.
Born February 22, 1943 at Monroe County she was a daughter of the late George Henderson and Wanda Gertrude Thomas Brookman.
Francis was the former owner and operator of Gotta Stop at Hilldale. She enjoyed spending time with her family and friends.
Francis was preceded in death by her husband, Dewey Adkins, Jr.; five brothers and three sisters.
Those left to cherish her memory include one son, James Adkins of Hinton; one daughter, Kathy Sarver of Hinton; five grandchildren, Keli, Kristi, Brandi, James II and Dylan; ten great grandchildren, Keandre, Allie, Kolbè, Grayson, Karissa, Kylie Jo, Keaton, Karsynn, Luke and Kash and two sisters, Pat Woodrum and Lena Brookman.
Following Francis' wishes the body will be cremated and a private service will be held at a later date.
To send flowers to the family in memory of Francis Adkins, please visit our flower store.