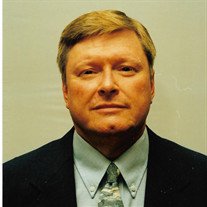 Edward B. Roach, 75, of Forest Hill went home to be with the Lord Sunday, May 5, 2019 at VA Medical Center in Durham, NC.
Born January 19, 1944 at Clifton Forge, VA he was a son of the late Raymond Randolph and Wilma Gay Bragg Roach.
Edward was a U.S. Army Veteran of the Vietnam Conflict and a member of the Isaac Walton League, Roanoke, VA. He attended Pillar of Truth Church at Barger Springs. Edward was a former copier repair technician for GE, IBM and Kodak. He enjoyed camping and was a true outdoorsman, road trips, photography and tinkering to improve the technology of items he had purchased.
Edward was preceded in death by one brother, Raymond R. Roach Jr.
Those left to cherish his memory include his wife of 50 years, Nina K. Roach at home; two sisters, Becky Thompson and husband Richard of Vinton, VA and Sarah Fitton and husband Richard of Hardy, VA; three nephews, Fred Mines, Jeff Mines and Michael Fitton; one niece, Libby Hume; one adopted nephew, Mau Thach and his beloved canines, Dixie and Daisy.
Funeral services will be 7:00 P.M. Thursday, May 9, 2019 at Ronald Meadows Funeral Parlors Chapel with Pastors Sam Groves and Tommy Mounts officiating. Friends may call from 5:00 - 7:00 P.M. Thursday at the funeral parlors.
A private family burial will follow at a later date. Pallbearers will be Terry Crawford, John Cook Jr., Mark Crawford, Jared Crawford, Matt Cook and Mason Hicks.

To send flowers to the family in memory of Edward Roach, please visit our flower store.