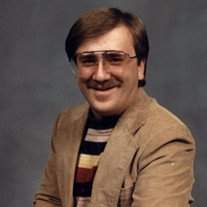 Edgar Allen Rush, 54, of Madams Creek went home to be with the Lord Sunday, April 24, 2016 at Summers County Appalachian Regional Hospital following a long illness.
Born April 14, 1962 at Madams Creek he was a son of the late Edgar Rush Jr. and Janet Reed Rush Woods of Madams Creek.
Edgar was a member of Pipestem Southern Baptist Church and a longtime member of the Summers County Volunteer Fire Department Station 13. He was a former member of the Hinton Moose Lodge #993. Edgar was a dispatcher for Summers County 911, a Factory Representative for US Smokeless Tobacco, a salesman for Sterling Grocery and a former employee of Crook's Produce Company.
He loved music and played professionally in Nashville with "Brentwood" as well as numerous bands and gospel groups in Summers County and surrounding areas.
Edgar was preceded in death by his stepfather, Harry Woods Jr.; paternal grandparents, Edgar Rush Sr. and Eura Rush Tennyson; maternal grandparents, Allen and Macie Mooney Reed and one aunt, Roberta Reed.
Besides his mother, those left to cherish his memory include his wife of 24 years, Barbara Ann Whanger Rush at home; one son, Joseph Allen Rush of Pemberton; uncle, Donald Reed and friend Sandra Via of Hinton; cousin, Patrick Reed of Hinton; former special exchange student whom referred to Edgar as her American dad, Olya Toropova; numerous friends, cousins and beloved pets.
Funeral services will be 3:30 P.M. Thursday, April 28, 2016 at the Ronald Meadows Funeral Parlors Chapel with Pastors Robbie Merritt and Roy Carter officiating. Burial will follow in the Reed Family Cemetery at Madams Creek. Friends may call from 12:30 P.M. until time of services on Thursday at the funeral parlors.
Pallbearers will be Steve Mounts, Will Reed, Roger Williams, David Harvey, David Gilpin and Eddie Ratliff
Honorary pallbearers will be Olaus Lyons, Mark Meador, Robert Graham and Dean Adkins

To send flowers to the family in memory of Edgar Rush, please visit our flower store.