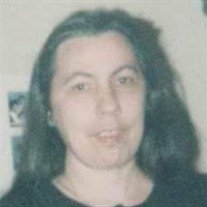 Drema Karen Martin, 67, of Ellison Ridge went to her heavenly home after a nine year battle with cancer at the Bowers Hospice House in Beckley on December 6, 2017.
Born March 11, 1950 in Hinton, she was a daughter of the late Alva and Margaret Adkins Bennett.
Drema was a loving wife, mother and grandmother who enjoyed her flower gardens, going to church and reading. She was a member of the Avis Holiness Chapel.
Drema was preceded in death by her husband, Jack Martin; a son, Stephen Martin; three brothers and two sisters.
Those left to cherish her memory include her daughter, Barbara Smith and husband Terry of Woodrumtown; son, Jack Martin Jr. of Nimitz; daughter, Sarah Weikle and husband Leslie of Hinton; son, Mark Martin and companion Amanda Sampson of Ellison Ridge; grandchildren, Elizabeth and Bradley Brown, Courtney Shaw, Jonathan, Austin, Isaac and Michaela Smith, Bethany Martin, Caleb and Marty Bittinger, all of Hinton and Brittany Finlen of North Carolina; great grandchildren, Madison Brown, Aiden, Shilow and Salem Shaw, Kylee, Dempsey and Ally Smith and Mackenzie Brown; great grandson, Hunter, on the way; two brothers, Michael Bennett and Meredith Bennett, both of Hinton and her dog, Molly.
Funeral services will be 1:00 P.M. Saturday, December 9, 2017 at the Ronald Meadows Funeral Parlors Chapel with Pastor Anthony Carter officiating. Burial will follow in the Upland Cemetery. Friends may call from 11:00 A.M. until time of services on Saturday at the funeral parlor.
Family and friends will serve as pallbearers.
Special thanks to Princeton Oncology and Bowers Hospice House.

To send flowers to the family in memory of Drema Martin, please visit our flower store.