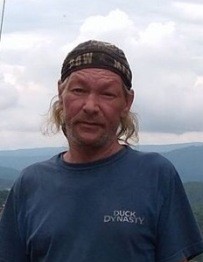 Born June 8, 1962 at Hinton he was a son of Bonnie L. Yopp of Talcott and the late Ermel Yopp.

Donald was a roofer and auto mechanic who specialized in foreign transmissions. He enjoyed fishing, the outdoors and spending time with family and friends.

Donald was preceded in death by one brother, Roger Yopp; a nephew, Alex Fleshman; a niece, Debra Robbins; half-brothers, James, Carl, Clarence and Jerry Yopp and a half-sister, Mattie Lawrence.

Funeral services will be 12:00 P.M. Monday, November 25, 2019 at the Lifeline Church with Elder Patricia Cales through and by the Triumphant Pentacostal Church officiating. Burial will follow in the O’Bryan Cemetery at Hix. Friends may call from 10:00 A.M. until time of services on Monday at the church.

To send flowers to the family in memory of Donald Yopp, please visit our flower store.