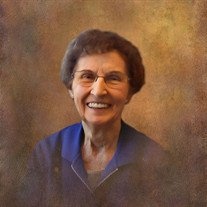 Mrs. Devota H. Shumate, 83, of Madison, Indiana died Tuesday, at 8:45 a.m. on January 20, 2015 at the Floyd Memorial Hospital in New Albany, Indiana. Devota was born on February 4, 1931 in Green Sulphur Springs, West Virginia. She was the daughter of the late Charles Henry and Lura Hedrick Hicks. She grew up in Green Sulphur Springs with her 15 brothers and sisters where she graduated from Sandstone High School in 1949. She then graduated from Business School in Charleston, West Virginia and later graduated from Youngstown State University in Ohio with a degree in Elementary Education. With this degree, she began her teaching career which allowed her to teach school in the Madison Consolidated School Corporation for over 30 years. Devota had taught at Anderson Elementary, Lydia Middleton Elementary and E.O. Muncie Elementary Schools. During her beginning years of teaching, Devota went on to Indiana University Southeast and obtained her Masters Degree in Elementary Education. She had a great passion for helping children learn and very much enjoyed her years teaching and retired from this career in 1998.Devota was the wife of the late Ross A. Shumate whom she married on June 20, 1953 in Green Sulphur Springs, West Virginia. They were married for 50 years before his passing on October 30, 2003. Together they had a wonderful life and were blessed with two children who will carry on their memory and two grandchildren who were their pride and joy. Devota was a 50 year member of the Indiana Grand Chapter, Order of the Eastern Star, Hanover Chapter No. 525. She was also a member of the Madison Teacher's Association and ISTA as long as she was teaching. She was a member of the North Madison Baptist Church, where she was once a very active member, and also a former member of Lick Creek Baptist Church in West Virginia where she grew up in the church. She enjoyed working in her yard and planting flowers and she enjoyed feeding the birds and squirrels in her backyard.
Devota will be missed by her loving son, Aza A. Shumate of Richmond, Kentucky; her loving daughter, Angela S. Seidner and her husband, Doug of New Albany, Indiana; her adoring grandchildren, Shayla R. Broughton and Sean A. Broughton both of New Albany, Indiana; her sister, Bonnie J. Sutton of Waynesville, North Carolina; several nieces, nephews and other relatives.
She was preceded in death by her parents, Charles Henry and Lura Hedrick Hicks; her husband of fifty years, Ross A. Shumate, died October 30, 2003; her sisters, Joy Foster, Evaline Fox, Violet Miller, Grace Holland, Ova France and Martha Hicks; her brothers, Boone Hicks, Byron Hicks, Joseph Hicks, Claytus Hicks, Virgil Hicks, Orlie Hicks, Clyde Hicks and John Hicks.
Graveside services will be conducted on Sunday, January 25, 2015 at 2:00 p.m. at the Halliden Cemetery with Pastor Bobby Meadows officiating. Friends and family are asked to meet at the cemetery at 1:30 pm.
Memorial contributions may be made to the Alzheimer's Association.
Arrangements are by the Ronald Meadows Funeral Parlors of Hinton.
Condolences may be sent to the family at www.ronaldmeadowsfp.com
To send flowers to the family in memory of Devota Shumate, please visit our flower store.