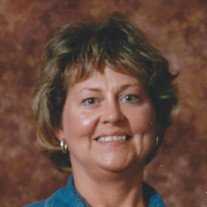 Deborah Lynn Redden, 60, of Lewisburg went home to be with the Lord Wednesday, March 6, 2019 at her home following a long illness.
Born March 17, 1958 at Hinton she was a daughter of Sue Graham Morgan of Lewisburg and the late Rev. Sterling D. Morgan.
Debbie was a 1976 graduate and salutatorian of Talcott High School where she was a cheerleader and basketball player. She was also a princess for the WV State Water Festival and voted Miss Congeniality. Debbie retired as a practice manager in the healthcare industry. She enjoyed sewing, taking care of her animals, crafts, cooking and spending time with her family and friends. She was a beloved wife, mother, grandmother, daughter, aunt, sister and friend.
Besides her mother those left to cherish her memory include her husband of 42 years, Randy Redden at home; one son, Anthony Redden and wife Kelly of Wake Forest, NC; two grandchildren, Carter and Reece Redden of Wake Forest, NC; two beloved dogs, Pebbles and Kevin; two cats, Lucky and Tiger and siblings, Neil Morgan and wife Sandra of Beckley, Tim Morgan and wife Shawn of Bridgeport, Barbara Sue Morgan of Fairlea, Kellen Leef and companion Mike Sheridan of Lewisburg ; Shannon Morgan and companion Leandra Bentley of Lewisburg and many nieces, nephews and cousins.
Funeral services will be 2:00 P.M. Sunday, March 10, 2019 at the Ronald Meadows Funeral Parlors Chapel with Minister Walter Dekle officiating. Burial will follow in the Rosewood Cemetery in Lewisburg. Friends may call from 12:00 P.M. until time of services on Sunday at the funeral parlors. Family and friends will serve as pallbearers.

To send flowers to the family in memory of Deborah Redden, please visit our flower store.