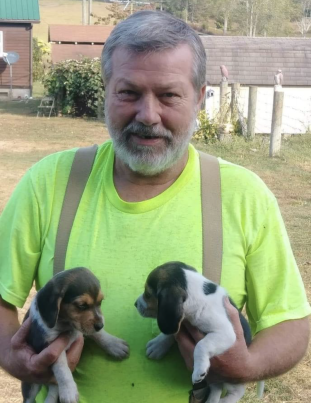 Rick was a construction worker who enjoyed hunting, gardening, his beagles, spoiling his grandchildren and spending time with family and friends.

He was preceded in death by two brothers, Mike and Jim Fox; one sister, Dena Singelton and one brother in law, Jerry Singleton.

A gathering of family and friends will be 5:30 P.M. – 6:30 P.M. Thursday, April 15, 2021 at the Ronald Meadows Funeral Parlors. Following the visitation, at his request, his body will be cremated.

To send flowers to the family in memory of Darrick "Rick" Fox, please visit our flower store.