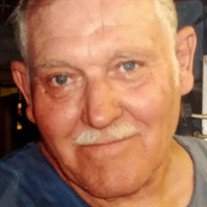 Clarence E. Smith, 72, of Hinton went home to be with the Lord Thursday, March 5, 2015 at Roanoke Memorial Hospital following a short illness.
Born July 20, 1942 at Summers County he was a son of the late Rosie Elizabeth Martin Ward.
He was a former employee of WV Department of Highways and the City of Hinton Sanitation Board. He had also previously worked as a carpenter. He enjoyed fishing, making birdhouses and woodworking.
He was preceded in death by three brothers, Grover Junior Meadows, Roger Lee Meadows and William Charles Meadows.
Those left to cherish his memory include his wife of 47 years, Venora "Ruth" Crook Smith at home; children, Connie Meadows of Peterstown, Anna Sampson of Hilldale, Raymond Smith of Judson and Dorothy Meador of Pipestem; eleven grandchildren; one great granddaughter; one brother, Harry Wilson Meadows and wife Janie of Hinton and one sister, Sharon Kay Meadows of Hilldale.
Funeral services will be 1:00 P.M. Wednesday, March 11, 2015 at Ronald Meadows Funeral Parlors Chapel with Pastor Robbie Merritt officiating. Burial will follow in the Wimmer Cemetery near Hinton. Friends may call from 6:00 - 9:00 P.M. Tuesday at the funeral parlors.
Family and friends will serve as pallbearers.

To send flowers to the family in memory of Clarence Smith, please visit our flower store.