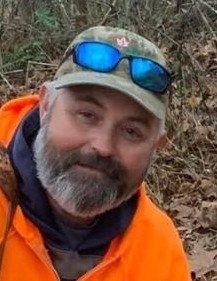 Born October 18, 1973 at Hinton he was a son of the late Charles H. and Diane Bragg Pitzer.

Charles was a former employee of CSX and WV Pipeline and current employee of Paul A. Sears Logging.  He enjoyed hunting, fishing, camping, gardening and caring for his livestock.

Funeral services will be 11:00 A.M. Monday, April 4, 2022 at the Ronald Meadows Funeral Parlors Chapel with Pastors Robbie Merritt and Melvin Wills officiating. Burial will follow in the Bragg Family Cemetery at Tug Creek. Friends may call from 6:00 P.M. – 8:00 P.M. Sunday at the funeral parlors.

To send flowers to the family in memory of Charles Pitzer Jr., please visit our flower store.