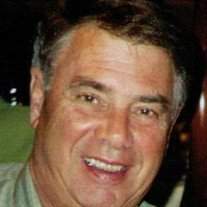 Bob F. Richmond, 74, of Meadow Creek passed away Sunday July 5, 2015, at Raleigh General Hospital following a sudden illness.
Born October 27, 1940 at Meadow Creek, he was the son of the late Elmer F. and Nettie Hoke Richmond. He was a member of the Meadow Creek Baptist Church; 1958 graduate of Sandstone High School, he attended the Charleston School of Commerce and graduated from the WV School of Banking. He worked for forty-three years at First Century Bank where he served on the Board of Directors until his retirement as Chief Executive Officer. He was the last surviving member of his immediate family.
He was preceded in death by his brother, Billy Joe Richmond.
Those left to cherish his memory include his wife of 52 years, Shirley J. Gore Richmond of Meadow Creek; two sons, Robert W. Richmond and wife Amy of Meadow Creek, and Joseph H. Richmond and wife Kelly of Meadow Creek; two granddaughters, Amber M. Harmon and husband Sehn of Nimitz, and Megan E. Richmond of Meadow Creek; one grandson, Hunter Richmond of Meadow Creek, and one expected great grandson, Colton D. Harmon.
Funeral services will be held 2:00 pm Friday July 10, 2015, at the Ronald Meadows Funeral Parlors Chapel with Pastor Cecil Cox officiating. Burial will follow in Restwood Memorial Gardens. Friends may call from 6-9 pm on Thursday at the funeral parlors.
Jimmy Gore, Eugene Jones Jr., Randy Bowles, Bill Keaton, Red Jones, and Richard Twohig will serve as pallbearers.

To send flowers to the family in memory of Bob Richmond, please visit our flower store.