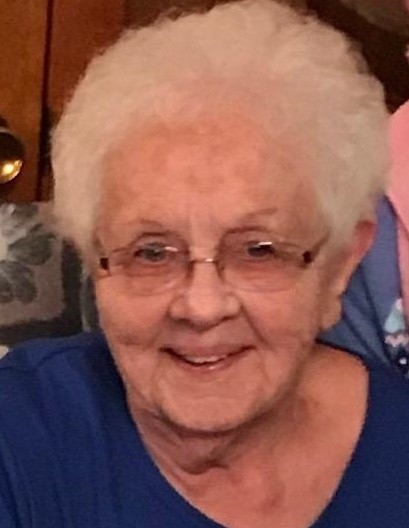 Barbara L. Farley, 87, of Madams Creek passed away on February 12, 2022.  She was born on September 19, 1934 in Hinton to the late Willie and Daisy Allen Meadows of Camp Lightfoot Road.

She was a graduate of Talcott High School and was retired from the Summers Co. Board of Education where she worked as a kindergarten aide at Madams Creek School and Hinton Area Elementary.  She also belonged to the Retired Teachers Association and was of the Methodist Faith.

In addition to her parents, she was preceded in death by brothers, Lake, Roy, Frank and Joe and sisters, Mary Virginia, Thelma, Ruth, Ramona, and Margie Carol.

Funeral services will be 1:00 P.M. Wednesday February 16, 2022 at the Ronald Meadows Funeral Parlors Chapel with Pastor Robbie Merritt officiating.  Burial will follow in the Restwood Memorial Gardens near Hinton.  Friends may call from noon until time of services Wednesday at the funeral parlors.  Family will serve as pallbearers.  Donations of sympathy may be made to Main Street Care Activities Dept. at P.O. Box 7 Hinton, WV 25951.

The family would like to thank the staff of Main Street Care for their excellent care given during this difficult time.

To send flowers to the family in memory of Barbara Farley, please visit our flower store.